Infrastructure Legislation is Popular While Some Believe the $3.5 Trillion Build Back Better Agenda is Too Expensive

Several polling sources have recently reported that the $1 trillion bipartisan infrastructure plan and the $3.5 trillion Build Back Better Agenda are popular among voters. However, Meghan McCain, in a Sept. 26 interview with Meet the Press, stated the Build Back Better Agenda specifically was not popular. She may have been citing an Echelon Insights poll from Aug. 20, which said that 40% of overall survey participants believe that $3.5 trillion is too much to spend. Comparatively, 30% of survey participants reported it was the right amount to spend.

Another Echleon Insights poll showed that among survey participants who were asked how they felt about the $3.5 trillion budget resolution currently being debated in Congress, 45% indicated support, 29% oppose, and 26% are unsure. These results align with a recent poll from Data for Progress. They also align with a poll from Navigator Research, which showed that 66% of voters support the Democrats’ economic plan, while 24% oppose it and 10% are unsure. MSNBC recently published an article that highlights the level of the plan’s popularity and why it matters. 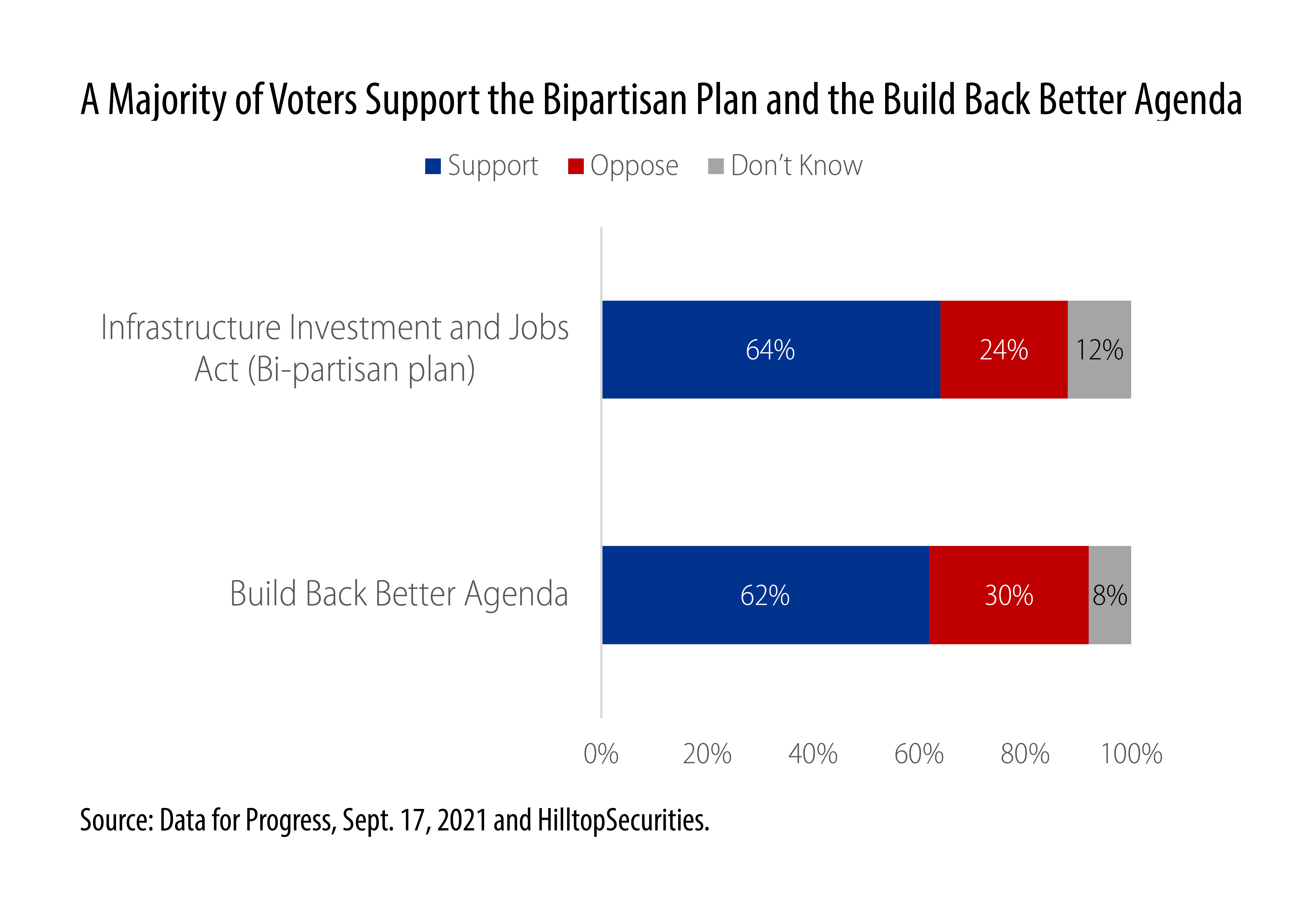 The key takeaway is that while both pieces of legislation are popular, the Echelon Insights poll which reports that 40% of registered voters believe that the Build Back Better Agenda is “too much,” could help those who are trying to figure out why there is no consensus on this issue. It could help explain why this issue is not as much of a slam dunk as many believe it should be and may support why Senator Joe Manchin, a moderate Democrat in the Senate, is not in favor of spending $3.5 trillion.